The COVID-19 spread continues, passing the recorded number of 330,000 contaminations worldwide, and about 15,000 deaths. We are twice the SARS outbreak of 2003, and just hitting the level of the 1976 Ebola outbreak. If the most hit countries suffering just below 1 to 1,000 in the case of Italy (0.9 per 1,000), Switzerland (0.8 per 1,000) and the Hubei region (0.8 per 1,000), the current figures are still in their phase of explosion. Traditional flu Asian countries, which have a longer experience of pandemics may teach Europe a few proven management lessons in order to curb the outbreak.

As in case in point, Asia, from where the COVID-19 originated (like 7 out of 10 pandemics since a few centuries, it seems) has close to three times more recovered cases than Europe at large. Its growth multiplier of new cases has declined largely along the way, and is close to three times lower than Europe, (with multiplier <1, in effect, a stabilisation of the pandemic, in China, South Korea and Japan; see Figure 1) 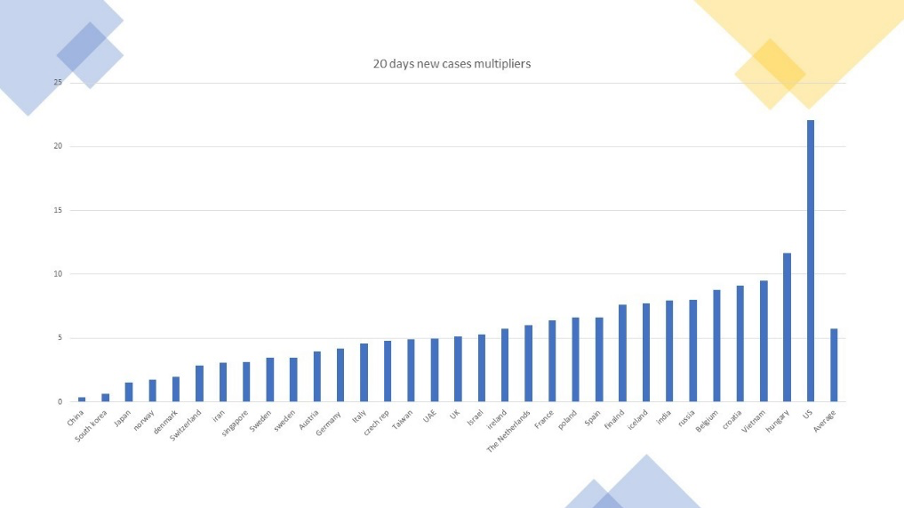 That Asia has been able to curb its new case multiplier is only one feature of that continent — today, Asia has both lower than average build up of new cases as well as lower contamination of its population as one can witness from countries such as Japan, Taiwan, South Korea, Singapore, on top of China. Countries close to Asian performance include Israel, and perhaps, the UAE (see figure 2).

Figure 2: How Asian countries are better controlling the Covid spread 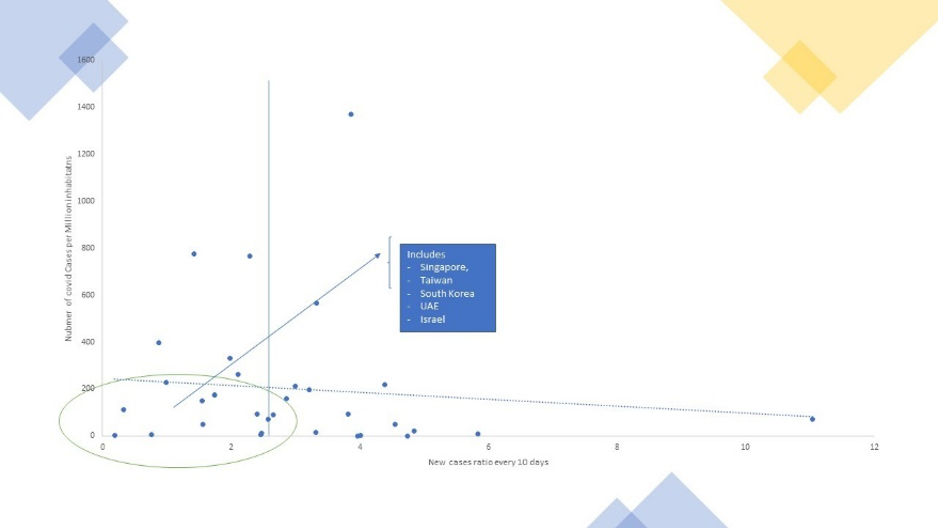 In fact, four elements make Asia a benchmark on how to manage and curb pandemics:

Figure 3: Who is champion in testing 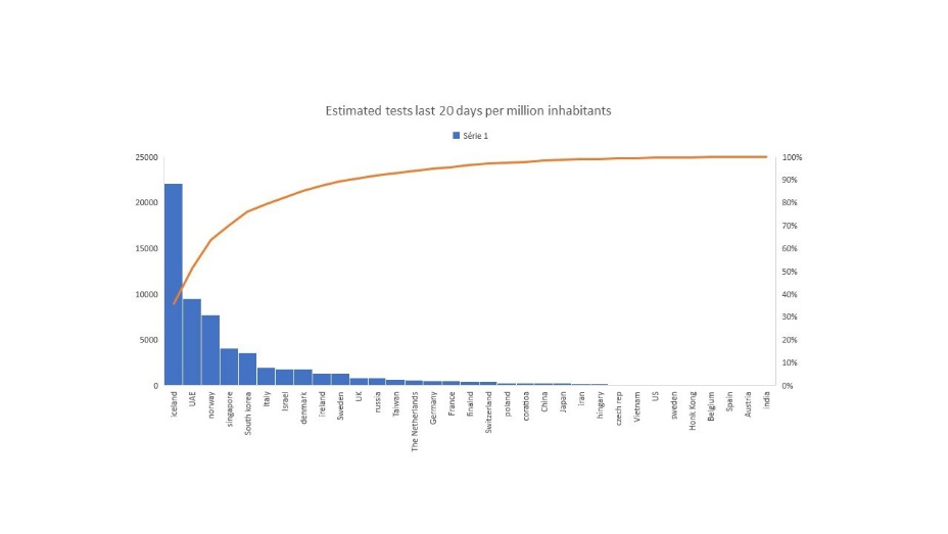 Regression analysis we conducted suggests that 1,000 extra tests might spot 30 new cases, or a 3% hit rate, a significant upside versus currently 0.2 recorded person out of 1,000. In pandemics, any, even minimal way of spotting contamination is key to flatten the exponential curve. Hence, even at low level testing of its population, Asia has been able to spot twice more infections than Europe today, de facto, controlling a major source of pandemics, with Figure 4 clearly showing that more tests typically push down the growth of new cases. 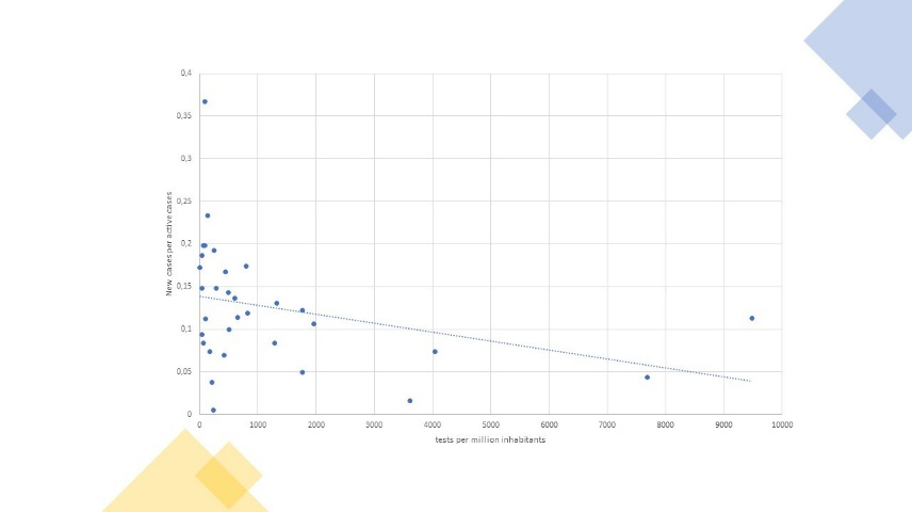 The irony is that, without testing, the number of recorded cases might become optimistically conservative in Europe and outside Asia; using the same number of tests per million inhabitants than what South Korea and Singapore recently performed, would imply that the world is closer to 800,000 contaminations to date, if all those new tests would spot new infected individuals.

The Western world should definitely take notice, as much as Asia should take the lead to adapt those practices quickly on a global world basis. In parallel, we hope that antiviral testing will bear fruit very quickly, and governments will organize a major boost plan to relaunch our world after we have managed to control the pandemic.

© Jacques Bughin. Written March 22. Comments more than welcome. All errors are mine.